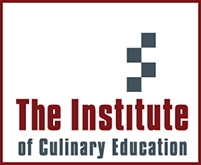 In recent years, the food industry has undergone a radical transformation with the massive migration to organic foods, emergence of the "foodie", the popularity of food oriented television programming like the Food Network, public obsession with celebrity chefs, and other ground-breaking trends.  Join the Brown Club in New York for a lively and highly interactive discussion with alumni experts and friends as we try to pinpoint the "Next Big Thing" in food.  This event will be of interest to all with a burning passion for entrepreneurship and unwavering love of food.

Kenny Lao is the co-Founder and co-Owner of Rickshaw Dumpling Bar + Truck. He worked as Special Projects Director for Drew Nieporent’s Myriad Restaurant Group (Tribeca Grill, Nobu, Next Door Nobu, Nobu London, Nobu 57, Centrico, and Rubicon -- San Francisco). Additionally, Kenny oversaw the opening of multiple new restaurant establishments for clients such as Starwood’s W Hotel Brand, Sports Club/LA and Neiman Marcus. Additionally, he has worked with store designers, brand consultants and chefs, as well as with opening teams of management and staff and with managers on day to day operations post-opening. He has appeared on MTV: First Year, MARTHA, The Tyra Banks Show, The Big Idea with Donny Deutsch, Sundance Channel Biographies and has spoken at Inc Magazine, French Culinary, ICE, Johnson + Wales Culinary, Brown University and NYU Stern School of Business.Honors include: Crain’s 40 Under 40 in 2007, Inc Magazine 30 Under 30 Entrepreneurs in 2006, Tralee Ireland Sheep Shearing Contest, Second Place in 2004, Edible Sculpture Contest, Judge 2010. Kenny holds an MBA from NYU Stern and a BA in International Relations from Brown University.

Phoebe Lapine is a New York City-based cookbook author, private chef, caterer, culinary instructor, competitive French fry eater, and owner of one too many frilly aprons. She documents her healthy recipes and snap shots of her professional cooking world on Feed Me Phoebe.com. After graduating Brown University in 2007, Phoebe was hired by L’Oreal, where she developed women’s fragrance brands for Ralph Lauren. To balance her day job with her love of cooking and feeding friends, she co-founded Big Girls Small Kitchen, a food website for twenty-something cooks looking for easier ways to navigate their kitchens. Her first cookbook, In the Small Kitchen, was published by Harper Collins in May 2011, with a foreword by Ina Garten, who’s Food Network Show she has appeared on twice. Phoebe is a regular contributor to The Huffington Post, Learn Vest and Shape Magazine, sharing healthy recipes and easy strategies for feeling good about your food. Her recipes and cookbook have also been featured in The New York Daily News, The Wall Street Journal, The Boston Globe, O! Magazine, and Glamour Magazine, and online by Time Out New York, Saveur, Brides Magazine, Paper Mag, Tasting Table, and Design* Sponge.

Thomas Cregan is the owner of Rouge et Blanc restaurant in SoHo. As a sommelier, he holds an advance certification in blind tasting from the American Sommelier Association along with having successfully completed their 20 week viticulture and vinification course. In 2011, he placed eighth in the Best Sommelier in America Competition. Cregan fell in love with French wine at Brown ('89) during his junior year abroad in Paris. He was so enamored by French culture and by extension its food and wine, he completed a Master’s Degree in French literature at Columbia University before moving to Paris for a year, where he became a student of wine and the vine by attending wine tastings and visiting various wine regions. Annually for over twenty years, he has been visiting wine regions in France and Europe. Rouge et Blanc was awarded two stars from New York Times in 2011, where the critic Eric Asimov paid special tribute to "the thoughtful list of French wines." Each month, Cregan leads a very popular wine tasting either focusing on different wine regions in France or comparing French wines with from around the world.

Lauri Ditunno, owner of the acclaimed New York–based wedding and occasion cake studio Cake Alchemy, is one of the leading creative cake designers working in the industry today. Her talents and unique personality are what landed her a featured role on WE TV’s hit series Amazing Wedding Cakes, which begins airing its third season in June. She’s also participated in three Food Network Challenges, has been a guest on Good Morning America, and has been an expert guest at various culinary events around the country. Brides, The Knot, Bridal Guide, Grace Ormonde, Elegant Bride, Modern Bride and many New York Magazine’s bridal issues have featured Lauri’s work. She’s a sought-after designer and instructor, and has created products for runway shows, charity auctions, corporate events and celebrity celebrations. Katy Perry, Natalie Cole,Linkin Park, WE Network, Devo, TV on the Radio, Steely Dan, the luxury fashion house Temperley of London, Origins, Gemma Gucci and Karim Rashid are all clients. Lauri launched her first studio The Cake Atelier in 2004, from which Cake Alchemy evolved. She’s been a pastry consultant to numerous New York City restaurants, and spent seven years as a Chef Instructor at the French Culinary Institute (FCI) in New York. She continues to teach group classes on cake decorating, sugar and sugar-paste techniques.

Carla Lalli Music is the food and features editor for Bon Appetit. She previously served as the Deputy Editor for Everyday Food at Martha Stewart Living Omnimedia. In addition, she has worked for some of the country's most acclaimed restaurateurs, in what might very well be called their most popular establishments. She studied modern culture and media at Brown University, before starting a successful career in publishing, which allowed her to edit books like Sex and the City and Please Kill Me, an oral history of punk. In 1998, she realized that she had been pretty bored in her work life up to then and wasn't seeing a long-term future in publishing. Thinking she would become a chef and own a restaurant, she enrolled at the French Culinary Institute. Upon graduation, she worked as a line cook at Montrachet, and then as a private chef and caterer for a little more than a year, before joining Rocco DiSpirito's Union Pacific as a cook. Within four months, she became back-of-the-house manager, doing tasks that included payroll, ordering and receiving, as well as supporting the chef with his media requirements and developing recipes. Music worked for DiSpirito for a total of four years, opening Tuscan and Rocco's on 22nd with him. She later worked as general manager of Shake Shack for two full seasons, during which business tripled. Music then became director of operations at 'Wichcraft, a growing fast casual restaurant with multiple units. She then joined a retail food and restaurant start-up as consultant.