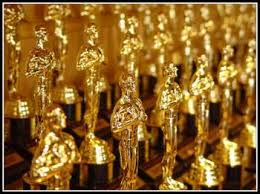 This year marks the 10th anniversary of the Brown Filmmakers Showcase.

Please join us for the 10th annual Brown Filmmakers Alumni Showcase. Brown Filmmakers event is an on-going effort to recognize and showcase the work of alumni working in the areas of film and entertainment. Previous events have featured award-winning filmmakers such as Liz Garbus (The Farm: Angola, USA), Bill Lichtenstein (West 47th Street), Robin Hessman (My Perestroika), and Richard Yelland (Floating: The Nathan Gocke Story). Likewise, these events have been attended by the likes of Doug Liman, acclaimed filmmaker (Bourne Identity), John Krasinski, film/television actor (The Office), Amir Bar Lev (The Tillman Story), Amy Gossels (casting director), Clara Markowicz, film/ television producer (The Squid and The Whale) and others. Many of the films selected have gone on to greater glory at prominent film festivals like Sundance, Cannes, and Tribeca while others have made their way to the small screen. Selected films will be shown in New York as part of a screening event and cocktail reception.

Great opportunity to meet and network with movers and shakers in the entertainment industry or simply enjoy great films.

David Reid That Which Once Was

Panel discussion to be added

*** Special trailer of the critically acclaimed Somewhere Between from award-winning filmmaker Linda Knowlton Goldstein, producer/director of The Shipping News, The Whale Rider, and The World According to Sesame Street. ***

Please note that this event sells out every year. Do not miss it. SPACE LIMITED!!!