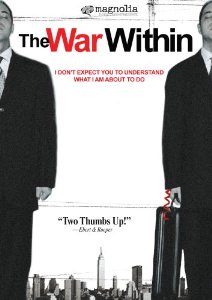 After reading a short excerpt, Ayad will talk about his career path from actor to author to Pulitzer Prize-winning playwright. The event will take place at a private residence on the Upper West Side.

Address will be sent with RSVP confirmation. No guests due to very limited capacity. $10 ticket price.
CLICK FOR TICKETS & EVENT INFORMATION: http://buegny.eventbrite.com
ABOUT AYAD
After graduating from Brown in 1993 with a degree in theater, Ayad moved to Tuscany to work with world-renowned acting and theorist and pioneer Jerzy Grotowski (Towards a Poor Theater). Since the 1990s he has lived New York City, teaching acting solo and alongside Andre Gregory (My Dinner with Andre, Vanya on 42nd Street). A directing alumnus of the graduate film program at Columbia University, he has won multiple awards for his work.

Ayad is the author of American Dervish (Little, Brown) and numerous screenplays. He was the co-writer and star of The War Within, nominated for an Independent Spirit Award (Best Screenplay) and an International Press Academy Satellite Award (Best Picture-Drama) and released internationally. He also costarred in HBO's Emmy-nominated adaptation of Too Big To Fail. Ayad’s plays include Disgraced, which won the 2013 Pulitzer Prize, The Invisible Hand, and The Who & The What.
To learn about future BUEGNY events, be sure to sign up for our mailing list by clicking here.
http://facebook.us7.list-manage1.com/subscribe?u=a0cbc6468737817bfacd9fc3e&id=307df716e6