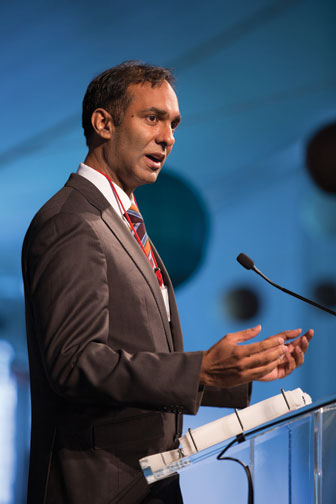 Please join the Brown Club in New York for a special evening with Jaykumar Menon '90, recipient of Brown's William Rogers Award, the highest honor bestowed upon a Brown graduate for outstanding professional achievement and extraordinary service to humanity.

Learn how this award-winning international human rights lawyer, scholar, and social entrepreneur helps creatively effect large-scale social change affecting millions of the world's underserved and most vulnerable populations. Described as a "longshot for justice", Menon has selflessly dedicated his life to fighting for those who have been marginalized. His work in the areas of human rights law and social entrepreneurship continue to garner praise and serve as a source of inspiration to all.

Early in his career as an attorney, he won victories in several high-profile cases including:

More recently, Menon is working to save the lives of millions of people, including those threatened by Ebola in Africa. His initiative, The Open Source Pharma Foundation, is a planetary scale social innovation that aims to provide affordable medicine for all in a global open-source pharmaceutical ecosystem. Sadly, the diseases that afflict the developing world often do not offer revenue potential and therefore a lack of investment dollars. In response, Menon is leading an effort to apply crowdsourcing and opensource concepts to find treatments for diseases that plague the developing world. 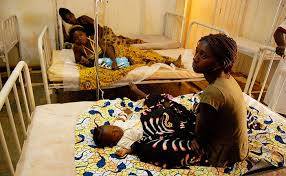 Menon is currently professor of practice at the McGill University Institute for the Study of International Development. He constructed an independent concentration at Brown and earned both an M.A. and J.D. from Columbia University. In addition to his legal and humanitarian work, Menon has had his creative writing featured in an award-winning anthology of short stories, authored scholarship published in top the journals for International Human Rights Law, and co-founded a venture-backed internet company with current revenues in the seven figures.

Special thank you to the Brown Alumni Association