POSTPONED
The Story Behind The Songs: Music and Conversation with Grammy-winner Gordon Chambers '90 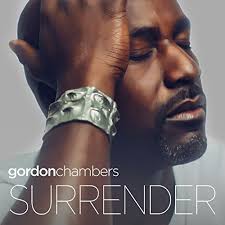 Please join the Brown Club in New York for special evening of music and conversation with Grammy award-winning artist Gordon Chambers '90 at the National Opera Center. Known for his powerful performances and incredible talent as a wordsmith, Gordon Chambers has had a prolific career as a singer-songwriter spanning more than two decades penning chart-topping hits for music icons and legends including Anita Baker ("I Apologize"), Angie Stone ("No More Rain"), Brandy, Tamia, Chaka Khan, Gladys Knight ("Missing You"), Beyonce (After All Is Said And Done"), and the immortal Whitney Houston. On this evening, he will discuss the creative process behind some of his biggest hits and share what it takes to create his unique brand of magic. This event will take place in the form of a listening party and intimate acoustic performance. Gordon will play and perform select songs from his vast repertoire providing the audience with insights. Attendees will have the opportunity to learn about the the craft of songwriting from one of the top R&B, pop, and gospel artists today.

Gordon Chambers ‘90 is an award-winning singer-songwriter and producer who has written songs for the likes of The Isley Brothers, Brandy, Trey Songz, Chaka Khan, Patti Labelle, Usher, Marc Anthony, Jamie Foxx, Aretha Franklin, Whitney Houston, Beyoncé Knowles among others. He is also the wordsmith behind Anita Baker’s Grammy winning #1 hit “I Apologize”. Likewise, Gordon has also had a prolific career as a performer having toured extensively in Europe and Japan in addition to performing at prestigious venues including the Essence Music Festival, Congressional Black Caucus, Apollo Theater, Constitution Hall, and Kennedy Center.

*Surrender, the soul-baring fourth solo album by Gordon Chambers will be available for purchase at the event. For information, contact kwame@alumni.brown.edu.