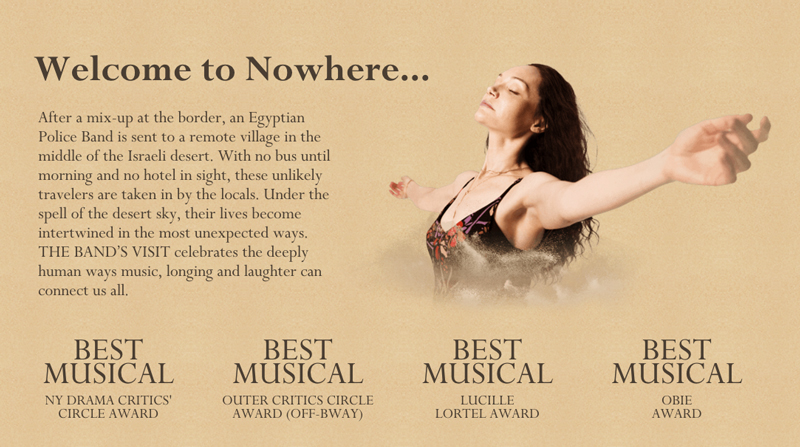 When: December 12, 2017 at 7:00pm
Where: Ethel Barrymore Theatre, 243 West 47th Street, NYC
Tickets: SOLD OUT
Tickets can only be purchased by Brown Club in NY members in good standing.

The Band’s Visit is one of the most anticipated new musicals on Broadway this season following its highly acclaimed Off Broadway run last year. We've secured seats for an exclusive Brown University Club in NY member event that will include a talkback following the performance with three-time Tony Award and Grammy Award nominee David Yazbek ’82 who wrote the music and lyrics.

We have specially priced orchestra seats for Tuesday, December 12 at 7pm at the Ethel Barrymore Theatre. Our past Broadway theater events have sold out extremely quickly so please purchase your tickets now if you would like to join us. Due to theater requirement, all tickets must be purchased by October 22.

Tickets will only be distributed by a Brown Club representative outside the theater on the day of the show (December 12) beginning at 6:15pm. Please do NOT go to the box office and please arrive no later than 6:45pm. Tickets will NOT be sent via mail or email.