SOLD OUT: John Leguizamo’s
“Latin History for Morons” on Broadway 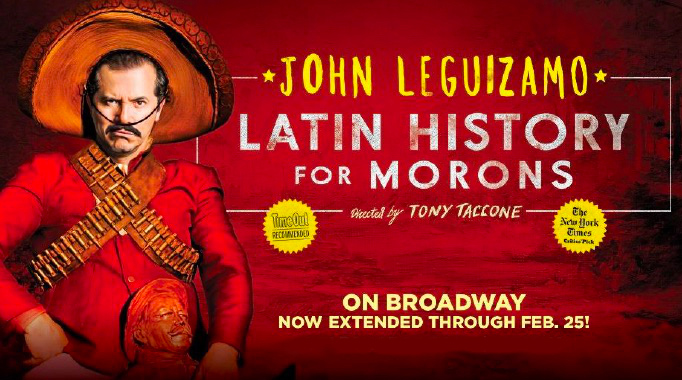 John Leguizamo is back on Broadway with his new show, Latin History for Morons. Jeremy Handelman ’77 is one of the producers of the show that Ben Brantley of the NY Times called “a funny, surprisingly poignant, and startlingly touching quest for the perfect Latino hero”. We have a terrific block of specially priced orchestra seats set aside for the performance on Wednesday, February 7 at 7pm.

Our past Broadway theater events have typically sold out within an hour or two of being posted so please purchase your tickets now if you would like to join us.

When his son, a victim of bullying, gets a school assignment on heroes, John seizes the chance to teach him all about the great figures of the Latino world. But once he sets out on his irreverent, crash course across three continents and 3,000 years of history -- from conquistadores to cumbia, Montezuma to Menudo -- he uncovers provocative truths that shock even him. Watch Leguizamo bring his mad genius to the stage at New York's Studio 54 following a sold-out run at The Public Theater and a record-breaking engagement at Berkeley Repertory Theatre.

JOHN LEGUIZAMO
John Leguizamo is an Emmy Award winning actor, voice artist, stand-up comedian and playwright who has appeared in a multitude of films and television series over the past 30 years. His past theater work includes the hit Broadway shows Freak and Ghetto Klown in addition to his Off Broadway shows, Mambo Mouth and Spic-O-Rama. More information about John at JohnLeguizamo.com.

Note: Tickets will only be distributed by a Brown Club representative outside the theater on the day of the show (February 7) beginning at 6:15pm. Please do NOT go to the box office and please arrive no later than 6:45pm. Tickets will NOT be sent via mail or email.

*Somos Una Voz (We Are One Voice) is an alliance of artists working together to rush food, shelter, medicine, power and communications to those in need from the effects of recent natural disasters. Somos Una Voz is a charitable services fund of the Entertainment Industry Foundation, a 501(c)(3) charitable organization. 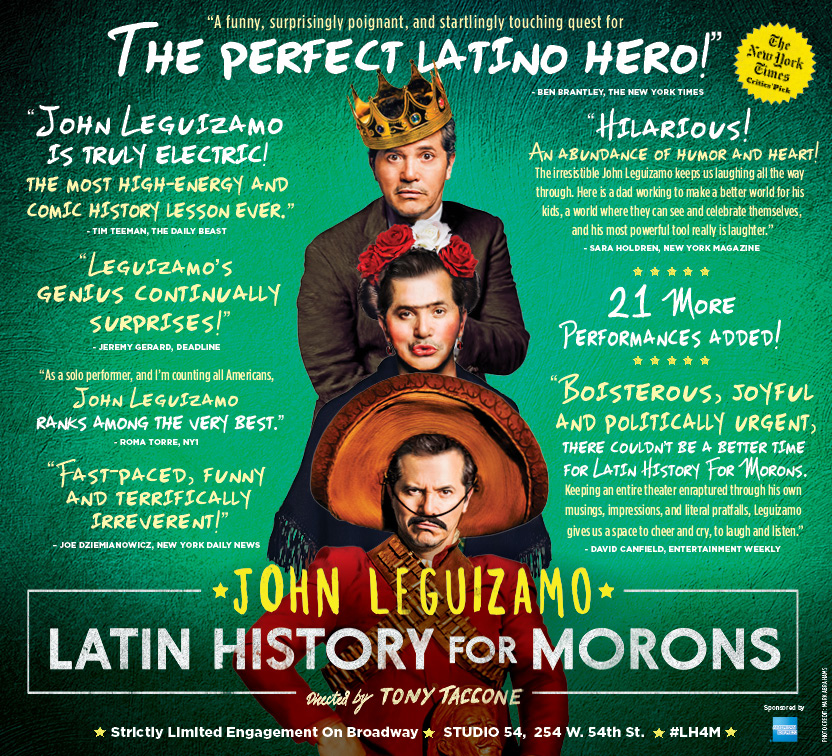