"Generation Startup" captures the struggles and triumphs of six recent college graduates who put everything on the line to build startups in Detroit. Shot over 17 months, it’s an honest, in-the-trenches look at what it takes to launch a startup. The film celebrates risk-taking, urban revitalization, and diversity while delivering a vital call-to-action—with entrepreneurship at a record low, the country’s economic future is at stake.

Join the Brown Club of New York and the Brown Media Group for this very special event! Enjoy a screening of this compelling and entertaining documentary, and then meet the talented Brown Alumnae filmmakers who made it happen! Following a lively panel discussion on the film and women filmmakers, join us for a networking reception to connect and reconnect with fellow alums. 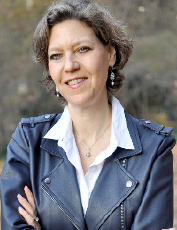 Cheryl started her career developing and producing feature films, including David O. Russell’s first movie Spanking The Monkey, winner of the Sundance Audience Award. She has produced several award-winning social issue documentaries including Oscar nominee Children of Darkness, and the award-winning Trust Me about an interfaith camp in rural North Carolina. She has helped create and produce hundreds of hours of TV for broadcasters such as the Discovery Channel, National Geographic, History Channel, A+E, Lifetime, Food Network, Discovery ID, and Travel Channel, In 2013 Cheryl launched Creative Breed, a full service multi-platform production company, to create engaging stories across all media. 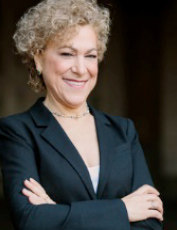 Susan has built a reputation as a pioneer of digital distribution and a dedicated supporter of independent filmmakers.Through her company Docurama, Margolin championed more than 400 award-winning non-fiction films including Oscar nominees The Invisible War and D.A. Pennebaker’s Don’t Look Back. In 2012 Susan became Co-President of Cinedigm Entertainment Group, where she released many critically acclaimed independent films. In 2016, Margolin launched St. Marks Productions LLC. Margolin is currently producing Alexandra Codina’s upcoming documentary, Unaccompanied Children. She recently produced the critically acclaimed feature documentary, The Rape of Recy Taylor. She was honored by the Producers Guild of America as one of the “Digital 25: Leaders in Emerging Entertainment.” 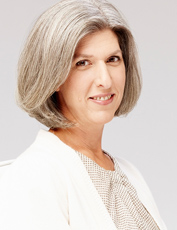 Lauren began her career in independent feature film, crossing over to become a television executive overseeing such brands as VH1, Bravo, Oxygen, and Telemundo. Today, she advises and invests in the world’s leading digital/media brands, including Refinery29, Medium, Atlas Obscura, and The Sundance Institute. Currently, she is a director of The Nielsen Company; GoPro; Penguin Random House; and Shazam. In her spare time, she curates the influential weekly newsletter The LZ Sunday Paper, for which she culls the most important news of the week by and about women in business, media, and pop culture. Aside from her many Emmy, BDA, and Webby Award nominations and wins, Time magazine named Zalaznick one of the “Time 100: World’s Most Influential People,” and Vanity Fair named her to their “New Establishment” list. 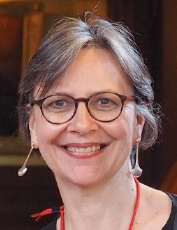 Barbara is an Architect and was a founding Principal at MNA (www.mnarch.com), a leader in retail design. She is a Visiting Associate Professor in the School of Design at the Pratt Institute and an Adjunct Professor at The New York School of Interior Design. Her first job after Brown was working with Michael Blackwood Productions, a producer of independent documentary films on art, architecture and dance where she fell in love with documentary film and the people who make them.