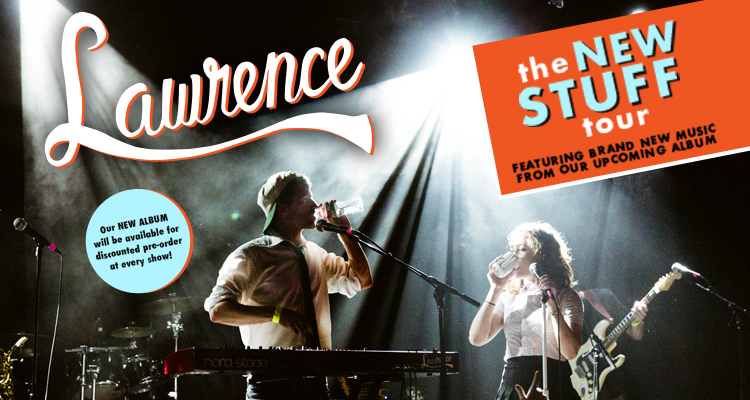 The Brown alumni band, Lawrence, is heading to super-stardom before our eyes! In October, they played two sold-out shows at Bowery Ballroom, and our Brown Club tickets sold out in a flash! Now, they are making their triumphant return to a much bigger venue, Brooklyn Steel, for their "New Stuff Tour" featuring brand new music from their upcoming album.

Don't miss this chance to see Lawrence, led by Brown siblings: Gracie Lawrence and alum Clyde Lawrence '15. Plus, hang with the band beforehand at a special Brown Club meet-and-greet!


Brown Club Reception at 7pm with the band (cash bar),
followed by 2 opening bands and then Lawrence performance

Tickets are limited!
SOLD OUT


More about the band:
Lawrence blends old-school and new-school vibes, combining their love of The Beatles, Randy Newman, and Etta James with Beyoncé, Ben Folds, and Amy Winehouse to create songs that are as tender and soulful as they are explosive.

In addition to working with Lawrence, Clyde has composed songs and score for films such as Miss Congeniality (2000), Music and Lyrics (2007), The Rewrite (2015), Hard Sell (2016), Landline (2017), as well as the forthcoming Disney film Nicole (release TBD). At age six, Clyde was admitted as the youngest member to the Songwriters Guild of America for his work on Miss Congeniality (2000). Gracie is also an accomplished actress; she has performed on Broadway in Neil Simon’s Brighton Beach Memoirs, in films such as Did You Hear About The Morgans (2009) and The Sitter (2011), and in TV shows such as The Good Wife (2012) and The Americans (2014).

More about Brooklyn Steel: Opened in 2017 in an old steel factory, Brooklyn Steel quickly became a top choice for concerts, with great sight-lines, stellar sound, and plenty of restrooms. Easily accessible by the L train.