Join the Brown Club in New York for a private VIP tour of the Ancient Near Eastern galleries with alumna Kim Benzel ’85, Curator-in-Charge, in anticipation of a planned renovation of the galleries. Following our special walk-through, join our group of alumni and friends in the relaxed private setting of The Met’s Balcony Lounge. Enjoy light bites, seasonal wines and conversation.

Dr. Benzel will guide our group of Brown alumni and their guests through the Ancient Near Eastern galleries and answer your questions during her highlights tour entitled ”Re-thinking the Ancient Near East." Celebrate Brown's long history of research and scholarship in the region with this fascinating alumna-led tour. Mix and mingle with the curator and BCNY guests during an early Friday evening at The Met as a wonderful kick start to your winter weekend. 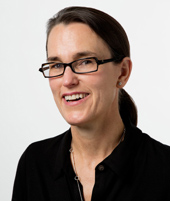 Kim Benzel '85, appointed to Curator-in-Charge for the Department of Ancient Near Eastern Art in July 2017, has been at the Museum since 1990, when she was a Summer Graduate Assistant in the Department of Ancient Near Eastern Art. She has extensive teaching and lecture experience, and participated in several archaeological excavations, primarily at sites in Syria, such as Til Barsip/Tell Ahmar and Umm el-Marra. She has co-edited and contributed to numerous exhibition catalogues, published several articles, and co-authored a Met resource guide on the ancient Near East for K–12 teachers. Dr. Benzel has also worked on many exhibitions, most notably Assyrian Origins: Discoveries at Ashur on the Tigris (1995); Beyond Babylon: Art, Trade, and Diplomacy in the Second Millennium B.C. (2008), and, more recently, Assyria to Iberia at the Dawn of the Classical Age (2014). Dr. Benzel holds a Ph.D. from Columbia University, New York.